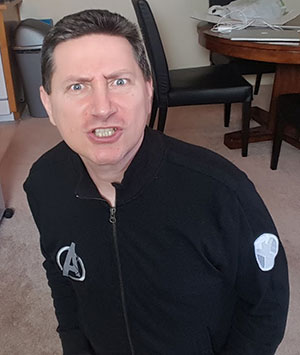 Hello! I’m John Campea. Chances are most of you know me from my previous work on The Movie Blog, AMC Movie News or most recently Collider Video. At my core I’m a film pundit and fan. I love to analyze, examine and talk about movies and TV like a sports fan talks about their favorite teams.

After having a lot of success and a fair amount of fun I decided in June of 2017 that it was time for me to no longer work under a corporate owned entity. I’ve been lucky in my career to work with wonderful corporations like AMC Theatres, Complex Networks and Verizon, but trying to work as a creative under corporate overlords became tiring. I found myself yearning for the days when I used to run my old website “The Movie Blog” as a creative independent with all the honesty, creative freedom and personal standards that doing so allowed me. And so, after the death of a dear friend which reminded me that life is short, I left Collider to re-launch my Youtube channel as an independent creator.